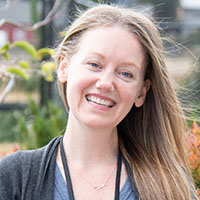 Tiaya originally worked for Victory in 2016-2017 as a substitute teacher and later joined the Victory Team in August 2021 as a full-time Support Teacher. However, she is best known for her role as Jack’s mom (Victory student). Tiaya is a native Oregonian. She graduated from Portland State University with a BS in psychology (1999) and then worked in a preschool and as an interventionist helping parents reunite with their children who had been removed by the court system. In 2013, Tiaya graduated with honors from Arizona State University with a Master’s in Education, specializing in ABA. Jack was enrolled in Victory in 2016, and according to Tiaya, it was a match made in heaven!