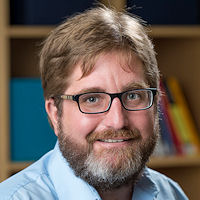 Michael grew up in Southern California where he studied accounting at California State University Long Beach. Since then, he has lived in New Hampshire, Arizona, and Washington before moving to Oregon.

In 2007, Michael met a six-year-old boy named Spencer who was affected by Autism. Spencer was also the son of Cathy, a woman Michael knew from his high school band. Within a month, Michael became Spencer’s father when he and Cathy were married. In Washington, Cathy and Michael opened a daycare in their home for special needs children. He also coached Spencer’s Special Olympics basketball team. Within three years, they would add two more children to the family: Gavin and Wyatt. When Gavin and Wyatt were also diagnosed with Autism, the family moved to Oregon with the hopes of the children attending Victory Academy. By 2015-2016 all three children were enrolled at Victory Academy and Victory Prep. In September 2015, Michael volunteered in the music room and played guitar alongside the children for both the winter program and the spring musical. It was during this time that Michael formed a special bond with all the Victory students.

Michael brings a unique perspective to Victory as a parent of three boys affected by Autism. In his spare time, Michael enjoys spending time with his wife, children, and parents. He loves to play and listen to music and enjoys watching football and basketball (Go Blazers!).

Michael will work as a Teaching Assistant in the Cypress Classroom for the 2016-2017 school year. He brings a unique perspective to Victory as a parent of three boys affected by Autism.

Gratitude, Thanks, and Cheers
to Victory Academy's Extraordinary Community of Supporters! Together we raised $700,000! We are humbled by your incredible generosity and kindness. Thank you!