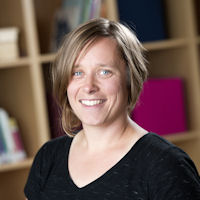 Cora Templeton came to Victory in February 2015. Cora grew up in Portland, OR, and graduated from Trinity Western University in Langley, British Columbia, in 2005 with a BA in Geography and a minor in Recreation.

After graduation, Cora began working year around for a Wilderness Guiding Company. Using backpacking, rock climbing, white water rafting and challenge courses Cora discovered a love for experiential education. Several years ago, Cora began work as a one on one support for a high school student with Autism. With her background in experiential education and recreation, Cora brings a great deal of creativity to working with students with different abilities.

Cora has accepted Victory’s offer to act as our Crisis Prevention Intervention Trainer and Coordinator and First Aid Lead. Cora is a trained Emergency Medical Technician and has offered her expertise to Victory’s staff and students throughout the entire 2015-2016 school year. Cora will also continue to work in the classroom with transition-aged students.

After school classes are now open to community children who are not currently enrolled at Victory Academy. Click here for details.

Victory Academy is hiring for the 2020-2021 school year. Click here for more information about open positions.

Check out this interview with three of Victory's Transition Program students!

Victory Academy is a non-profit, 501 (c)(3), approved by the Oregon Department of Education, and accredited through the Northwest Accreditation Commission, an accreditation division of AdvancEd.